More and more businesses like yours are switching on to the importance of social media. But what is it, how does it work and why on earth should you be using it? We’re going to take you through everything you need to know to running a successful social media marketing campaign: from clearly defining your objectives at the start though to measuring your success. 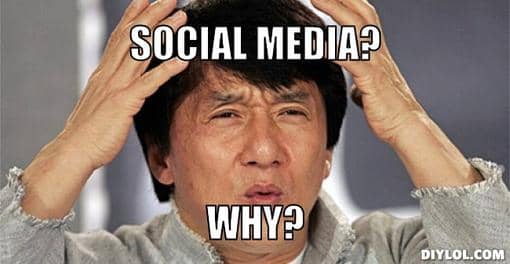 Why Is Social Media Important to Businesses?

There are five primary benefits to using social media in business:

But Social Media Isn’t Right for Our Business!

Sadly, no matter how many times we explain the above points, some people just don’t believe social media will work for their business… Why?

“Social media wouldn’t work for us. We have a very boring and stagnant industry.”

This is a really common objection. There are countless industries that appear boring, and that don’t obviously lend themselves to social media marketing. However, regardless of your niche, there will be a section of the internet out there that you can utilise, and whatever you think about your business, chances are, some people will find it interesting.

For example, at Boom we have a client that sells refurbished welding equipment. Hardly glitz, glamour, and Hollywood. However, they’ve embraced social media and surprising as it may sound, they’ve got a buzzing Facebook page and have recently started getting involved in Pinterest too.

This objection is even more common than the first. Most of us are very busy people, with far more to do than there are hours in the day. And for many businesspeople, social media sits pretty far down their list of priorities.

However, social media is a vital part of marketing in the 21st Century. The key is to rethink how you see social media. It’s not something that if you have a few spare minutes somewhere, you might mess around on Facebook or send a couple of Tweets. It should be a key part of your wider marketing strategy.

And yet if you schedule tasks and ensure they are attacked with the same urgency and attention as any other part of your marketing, it should, become much easier to fit into your day.

A social media campaign should be treated in the same way that you treat every other part of your marketing campaign – you need to have clearly defined objectives.

Ask yourself what the purpose of your campaign is. Are you looking to reach out to and build relationships with existing clients? Do you want to push yourself as a thought leader and authoritative voice in your industry? Do you want to do both?

Once you have a clear idea of what you’re looking to achieve with social media, you should ask yourself how you would define the campaign as a success. This entails choosing one or more quantifiable goals. Goals that once achieved, you can say, “yes, this is working”.

“Get xx super influential person on Twitter to retweet me”

“Be asked to write a guest post on xx awesome site”

What you must remember is that quantifying the success of a social media campaign in monetary terms is very difficult.

While it’s possible to see the revenue that comes directly from social media traffic, this fails to take into account the impact of social media on other types of traffic.

For example, someone might see a tweet about you, decide that you’re fantastic and so they link to you from their blog. Any traffic that comes via this link isn’t “social media traffic”, and yet, without that first tweet you wouldn’t have the link.

Traffic like this is almost impossible to trace back to the original social media campaign. So how can you pinpoint precisely how much revenue is being made as a result of the campaign?

Never think about a social media campaign purely in terms of monetary gain, this mind-set will set you off on entirely the wrong foot.

Social media is about being social and engaging with your audience. It’s not about money.“I’ve reached my goal. What’s next?”

Once you achieve your goals, your work isn’t done – you simply need to set more goals. If you’ve reached your goal of 1,000 likes, aim for 5,000. If that person you really admire on Twitter has retweeted you, aim to get them following you.

You need to ask yourself who your target audience is. Lots of people will say, when asked this question, “everybody”. “I have a product everyone can use, so ‘everybody’ is my target audience”.

However, unless you’re selling oxygen to a settlement of humans on the moon, this probably isn’t true.

Although ‘everyone’ might be able to use your product or service in theory, chances are, it’s a much narrower demographic of people that use it regularly, or have a real, vested interest in it.

For example, have a think about bottled water. We all need water, so surely the target market for a new brand of bottled water is ‘everyone’ – right? Wrong.

Only once you have an accurate picture of your target audience can you begin to create an effective marketing campaign.

Once you have a more definite idea of your target audience, you can begin to think about where and how best to engage them.

Watch this space for part two of Boom’s Guide to Social Media for Business; we’ll be looking at which social media sites you should be using.