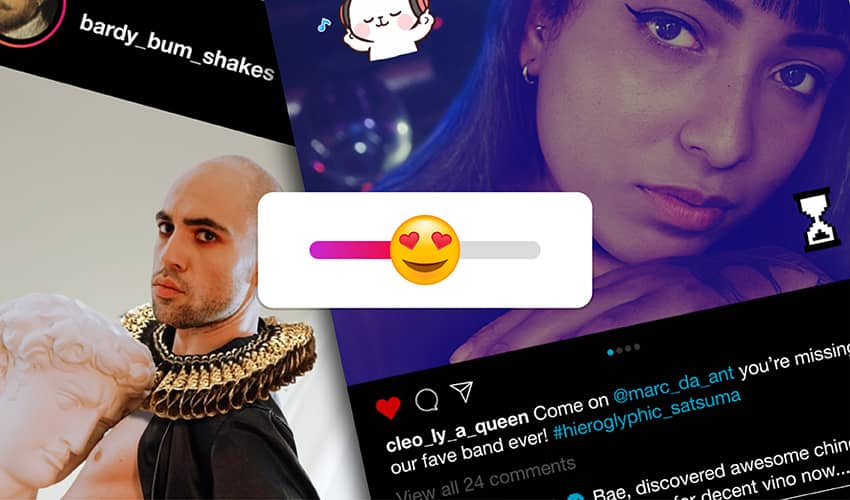 It seems that everyone is au fait with social media these days. Granny is all over “the Ticky Toks”, Dad is fast becoming a Facebook politician, and Mum is becoming a pro at creating “gin o’clock” boomerangs on Instagram.

It’s taken a while for older generations to catch up with today’s technology and who can blame them, it moves so fast! These generations didn’t grow up with this technology at hand, never mind IN their hand, but if they had – just think what they’d be up to today…

This got us to wondering… what if social media had appeared earlier in history? What if famous, historic figures were still around today and had an online presence? What would they look like? What would they be getting up to?

Old shaky, the Bard himself. We think Shakespeare would have a lot to say for himself on social media. Instagram would definitely be his choice of platform.

He’d most probably want to share short video spoilers of his plays and artistic, moody photos to entertain his followers.

Shakespeare would no doubt be exploring his creative side, scrolling endlessly for inspiration and fishing for likes from his high profile acquaintances.

It’s a given that he would have a strong following, and we think that as a creative, he too would suffer from procrastination and distraction, probably fuelled by the platform itself.

Joan was a heroine who died for her beliefs and fought tirelessly and fearlessly for her country.

We feel that if Joan was still around today, she would be a very vocal activist, constantly sharing articles and posters to help causes close to her heart.

Joan obviously had a rebellious streak and this would be reinforced in her look and in her boldly written captions with endless hashtags and @’s.

Joan would definitely harness the use of Instagram polls to gather support (although they may be worded slightly biasedly, as she seemed very single minded in her opinions).

It’s likely that there would be a lot of hate in the comments section, as she made many enemies in her short time. We imagine her phone to be pinging constantly.

He could use social media to spread his theories and to share photos of the wonderfully exotic animals he discovered in his line of work… and maybe a few pets he picked up along the way.

We think Charles would get a lot of criticism from the general public about his theories, especially those who disagreed with his evolutionary conclusions.

It’s likely there would be an online spat between Charles and naturalist Alfred Wallace because he often doesn’t get credited for his part in co-developing the theory of evolution.

Cleo would be all over social media, being the renowned beauty that she was, we imagine she would be posting selfies left, right and centre.

Cats-eye liquid eyeliner tutorials and fringe styling tips aside, it’s likely that Cleopatra’s adventures with her great love, Marc Anthony would feature heavily on her grid.

Think Instagram worthy exotic locations AND exclusive festivals that us average folk can only dream of.

This power couple would be inspiration for millions of followers and would be influencers coveted by many brands the world over.

A prolific artist who wasn’t recognised for his talents until after his death, we think Vinny would be a nomadic artist today.

Regularly posting pics of his work on Instagram for exposure… and probably suffering crippling anxiety as he doubts his own genius by comparing himself to the endless stream of amazing art on his feed.

Vincent would probably get caught up in petty arguments online and the comments sections would likely be full of grievances from fellow artists such as Gauguin that he had many a fall out with.

We would expect a grid full of skies, solitary figures, moody selfies and quaint little cafes and bars, maybe with the odd cryptic meme.

Genghis isn’t remembered favourably by the history books, but he was an astute businessman and was surprisingly tolerant of different cultures and religions.

Genghis is even credited with creating the first versions of international passports.

We’d like to think that the Genghis of today would be slightly less murderous, and would be focused on motivational speeches and international trade fairs, using his platform to promote upcoming events and to network.

LinkedIn would likely be his platform of choice but he likes to plug his inspirational quotes on Instagram too.

Remembered as a fierce warrior, you’d assume that she would have no time and little patience for social media.

But Boudica was often depicted on horseback, and we all know that horsey people can’t help but snap pics of their beloved steeds.

We imagine that the softer side of Boudica would emerge through Instagram posts of her prized horse companions, with updates on competition wins and horse trials.

Boudica was also fiercely protective of her daughters. So, whilst they might appear on lots of her posts, their faces would likely be concealed from public view.

We’re sure that she wouldn’t be able to hold her tongue on certain political matters though, so there would be the odd share of news or a few disagreements in the comments section.

Would you love to get yourself on Instagram, but need some help with social media marketing? Or have our fun graphics inspired you to try some content marketing? Whatever your needs are, get in touch to see how we can help.

You’re more than welcome to use our graphics for your own content, all we ask is that you credit Boom Online Marketing and link to this article as the source. Get in touch with us at content [at] boom-online.co.uk if you’d like access to the original artwork.