I wanted to spice things up a little bit this month so rather than writing about another marketing model, I am going to do a comparison between niche marketing and mass marketing.

Evolving with mass production, out of the duo – mass marketing came first. This theory or approach ignores different tastes and focuses on appealing to as many people as possible with one strategy. Mass marketing is often associated with having a shotgun approach, you shoot as many times as you can and hope to hit as much as you can. Same strategy as mass marketing, you blast out as many promotional messages as you can, on every available marketing platform, repeating this as much and as often as you can afford to.

The exact definition of mass marketing is:

“An attempt to appeal to an entire market with one basic marketing strategy utilising mass distribution and mass media.”

There are a lot of established firms who adopt mass marketing as their strategy such as: Procter and Gamble and Ford. Henry Ford is probably one of the most successful people when it came to mass production and mass marketing.

Henry Ford, the pioneer of the modern day assembly line produced a large number of identical cars which came in only one colour: black. Henry Ford’s legendary line about his Model T cars were:

“Any customer can have a car painted any colour he wants, so long as its black” 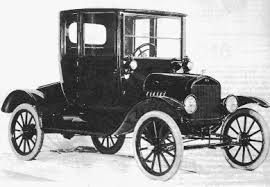 Ford also advertised heavily, but with the same message. ‘We have this car that will meet your every need, no matter who you are’. This worked very well for him because due to his successful production techniques he was able to keep his overheads low and therefore set a price that would appeal to the middle class people. Model T was the first affordable car produced, and the most influential.

Ford wasn’t the only company who benefited from a mass marketing approach in that era, Coca Cola, Eastman Kodak, and Quaker Oats have all achieved success with it, and some still use it today.

Niche marketing is the late comer of the duo and it is concerned with appealing and sparking the interest of a smaller group of individuals who would be genuinely interested in your products.

This approach is often opted by small companies as it is less costly compared to mass marketing. Niche marketing is much more suited to online marketing in my opinion as it is more tailored. It is usually associated with shooting a rifle as opposed to a shotgun. You aim carefully and you shoot to kill, with niche marketing – you don’t kill but you shoot your marketing message to show your potential customer that your product is the answer to their question/problem and offers what they’re missing from their life.

The actual definition of niche marketing isn’t the above obviously, that was my little twist! It is:

“Concentrating all marketing efforts on a small but specific and well defined segment of the population. Niches do not ‘exist’ but are ‘created’ by identifying needs, wants, and requirements that are being addressed poorly or not at all by other firms, and developing and delivering goods or services to satisfy them. As a strategy, niche marketing is aimed at being a big fish in a small pond instead of being a small fish in a big pond.”

Back in the Henry Ford times where in 1918 half of the [US] nation were driving a Model T Ford, Alfred Sloan – head of General Motors at the time – began to segment his customers unlike Ford. Sloan found out how much they were willing to pay and what type of cars they wanted to drive. His idea was to offer every different income level a different car that would satisfy their needs.

Without further ado I’d like to inform you that Mr Sloan’s efforts were worth it! In 1950 General Motors successfully overtook Ford as the nation’s top car maker. I would also like to let you in on a secret that in 2009 General Motors declared bankruptcy and it was believed by many that the cause of this bankruptcy was…because they had too many car models!

The same can be said for REN skincare, currently they’re not the only company who offers different skincare for different skincare needs, however, they’re one of the best. But as of late, it has been the ‘IT’ topic in the beauty blogger world that enough is enough. So REN if you are reading – people do love your products but you really do not need to introduce another face wash for dry – dehydrated skin!

Looking for a digital marketing agency that can help you develop your design and branding to get your audience’s attention? Get in touch with us, we’re always happy to have a chat!