Content is everywhere. We interact with it on a daily basis; consuming information before sharing it with our friends, forwarding it on to colleagues and explaining what it means to our parents. We’ve seen it all; nothing is original anymore. Why? Because there are certain things that work, and then some that don’t. Those that work are recycled, reformed and thrown back out there for another go.

If you’re struggling to come up with an epic new content idea then the best way to get the creative juices flowing is to look at something awesome. Here are three really great ideas to get you started…

‘What Are Chicken McNuggets Made Of?’

Questions like this usually send even the largest of companies running for cover, keen to put as much distance between themselves and the line of fire as possible. Not only does this make it look like they have something to hide, but it also provides the perfect springboard for rumours to start – they didn’t answer your question? They must be secretly pumping something really bad into their food!

This fast food behemoth broke the code of silence when they launched their ‘Our Food. Your Questions’ site back in June 2012. The site allows participants to ask questions about McDonald’s food, and actually get a response! In order to join in, you must sign in with either Facebook or twitter, providing social visibility for the company.

Since its inception, over 16,000 questions have been asked and a whopping 10,000 have been answered! The McDonald’s team have answered questions ranging from:

To those who are looking to steal McDonald’s secret to making their fries taste great (If you were wondering, the answer’s right here), calorie counts in milkshakes and what kind of pickle they use in their burgers.

There’s no skirting around difficult or awkward questions. They’re all answered honestly and openly, allowing them to dispel some of the less pleasant rumours surrounding the quality of their food, additives, and the treatment of their animals.

They’ve even taken their online content, offline; wallpapering sidewalks with real questions from their online forum.

If Content is King, then trust is an Ace.

You could have the most amazing product or service in the world, but if people don’t trust your brand, they’re never going to buy into you. McDonald’s Canada has torn down the walls of silence and secrecy that’s usually associated with fast food and what goes into it.

By opening themselves up like this they’re able to convince people that their food is of the quality that they claim it is, and convert those who previously refused to enter the Golden Arches under the impression that anything they consume would be harmful.

You’ve heard the phrase ‘go big or go home’ and McDonald’s Canada have certainly gone big. By promoting information rather than their brand they’ve built trust with their consumer base, as well as reaching out to potential clients. You can’t place a price on this kind of content – and it won’t be long before other companies catch on.

Who Runs The World?

According to Beyoncé, and Dove, it’s girls – or more specifically, women.

Dove’s ‘Real Beauty’ Campaign has been running for well over seven years, helping to empower women, make them feel comfortable in their own skin and let them know that it’s all about real curves!

It seems to be a fact that women are their own harshest critics and Dove’s most recent Real Beauty Campaign, Sketches, highlights this. 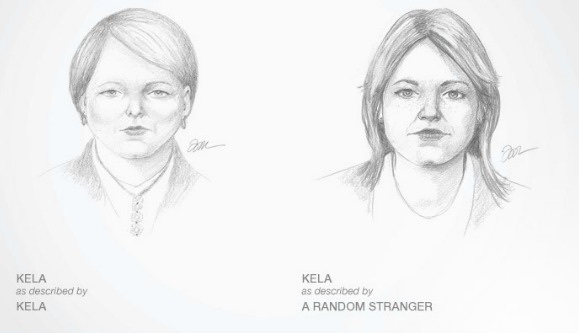 In this web-only advertisement several women are asked to sit down and describe what they look like to trained forensic artist Gil Zamora. When they leave, someone they chatted to earlier on is asked to enter the room and describe the person they have just seen. The result? One less than flattering sketch and one much more attractive sketch, plus a couple of tearful ladies realising that they are more beautiful than they thought.

Launched in April, this advert quickly went viral, and it even has a spoof spin off (worth a watch if you have four minutes spare). Whether you’re a fan of Dove products or not, there’s definitely something to be learned from these soapy, empowering giants…

Emotion plays a huge part in Content Marketing – and positive emotions are much more powerful than negative. Whilst the response to this ad has been mixed (some calling it the most touching and empowering Dove ad to date, whilst others slating it for using psychology to pedal their products) for the most part the reaction to this ad is positive. It’s this feel good factor that encouraged people to share it 665,000 times on Facebook. Never underestimate the power of feel good!

In order for your content to go viral, you need to be striking some emotional chords. If you’re stuck for ideas, tell some stories to a friend who doesn’t know much about your business, and gauge their reactions as you tell them about your favourite customer, a funny incident and so on. It may not be the most scientific way of working out what stories you can use to create awesome content, but it’s a good starting point.

You Vs. John Paulson

Forex trading company MahiFX put an interactive infographic on their home page before launching the site to get some pre-launch buzz going. Their inspiration came from John Paulson, the billionaire hedge fund manager who beat the hedge-fund record in 2010 by making nearly $5 billion in one year. Hit their homepage and you’re faced with this: 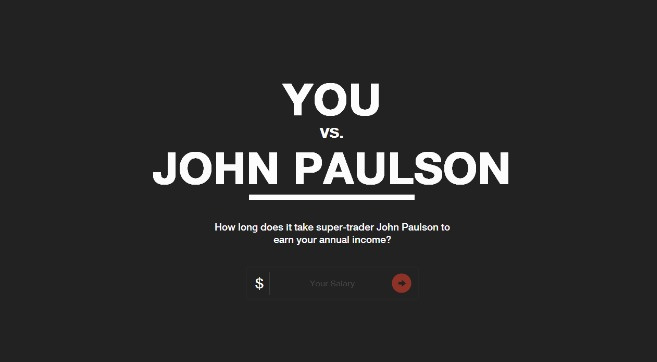 Enter your annual salary in dollars, hit go and you’re transported to a world where you discover that John Paulson earns your annual income in 3.2 minutes and that if he dropped 200k in the street, it’s just the same as you buying a pack of gum. Ouch.

As a direct result of their awesome content, MahiFX were able to reap the rewards of hundreds of links, all because they hit a few of our emotional buttons. Score!

If you want to create awesome content that’s easy to market, make sure it’s something that you would want to share with your friends, family and colleagues. If it’s not, it’s likely that your customers and clients won’t want to either!

Content that goes viral typically triggers some of the following emotions: amusement, interest, and surprise. MahiFX does just this. Not only do they have the right emotional triggers, they also engage the participant by making them interact with their content, yet another win. It’s like they read this recipe for cooking up viral content from SEOMoz before it was even written!

Don’t be afraid to fail

What other awesome examples of content marketing have you seen and what do you think you could learn from them? We’d love to know so share your thoughts below! You never know, your idea could be the next big thing to go viral…