The Brain on Brands

Back in 2008 Google CEO Eric Schmidt famously claimed that the internet is fast becoming a “cesspool” where false information thrives.

He held up brands as the guiding light in the darkness, the solution to help us sort the wheat from the chaff.

“Brands are the solution, not the problem” Mr. Schmidt said. “Brands are how you sort out the cesspool…Brand affinity is clearly hard wired…It is so fundamental to human existence that it’s not going away. It must have a genetic component.”

Brands are a fascinating phenomenon that have inspired a wealth of neuro-scientific research to investigate the underlying psychology behind them and get to the bottom of your brain on brands.

The Church of Apple

Apple is currently sitting pretty as the most valuable global brand in 2013, with an estimated value of over 185 billion dollars. Their customers are renowned for their almost cult-like devotion to the brand, making them an obvious sample for researchers.

Neuroscience studies have indeed found that for iFanboys, their love of all things Apple is an almost spiritual obsession. fMRI studies showed that patterns of brain activation in Apple devotees thinking about Apple products closely mimicked those of highly religious people thinking about religion.

In order to settle the score of whether Coke or Pepsi tastes better, the brands commissioned blind taste tests whereby participants drank a sample of Coke and one of Pepsi and without knowing which was which they picked their favourite. 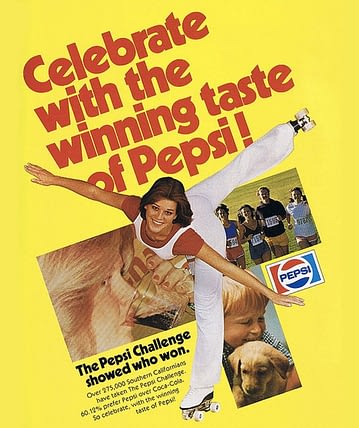 Early blind taste tests consistently found that participants preferred Pepsi to Coke, a finding which Pepsi advertised widely. This marketing ploy even goaded Coke into reformulating their drink into the spectacular flop that was New Coke. Whilst the reinvented, sweeter Coke actually now out-performed Pepsi in blind taste tests, sales-wise the new recipe was a complete disaster. Why? It all comes down to branding.

These so-called ‘Cola Wars’ have proven to be a great case study into the effects of branding on the brain. Whilst the two drinks have very similar chemical composition, buyers maintain strong brand preferences. 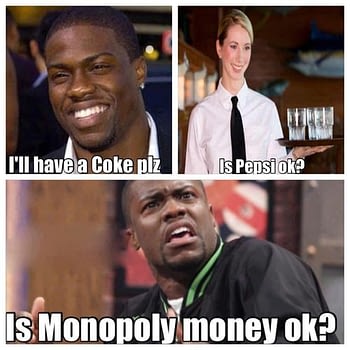 In one of the leading studies in this field, a team of researchers in Texas undertook a number of taste tests whilst participants were in fMRI scanners.  A standard blind taste test showed participants favoured Coke and Pepsi in relatively equal measure. Their brain scans showed activation in the ventromedial pre-frontal cortex (VMPFC), the levels of which corresponded directly with the subjects’ stated preference for one drink over the other.

Once brand names were involved however it was a different story!  When participants were given a drink they were told was Coke and given one they were told was Pepsi, many of them stated a strong preference for the Coke drink.  In fact merely showing the Coke logo before the subject drank an unlabelled drink was enough to cause them to state a preference for that drink over an alternative that was just preceded by a circle icon. It’s worth noting that in these branded trials, all subjects were drinking Coke every time!

The brain scans in these branded trials paint a very interesting picture. A number of other brain areas that were uninvolved on the blind taste test, lit up strongly once brands were introduced.  Activity was seen in the dorsolateral prefrontal cortex (DLPFC) and the hippocampus, both areas which have been implicated in the monitoring of behaviour by emotion and mood.  The hippocampus is also strongly involved in memory.  When participants were told that they were drinking Coke, they no longer made their decisions based on enjoyment alone, but incorporated the feelings and memories they have associated with the brand.  When subjects were told that they were drinking Pepsi, these areas showed no activation, there was no strong brand information to influence their perceptions.  In a critical review of research into branding and the brain, Plassmann et al incorporate the research so far into a model of how brand decisions are made:

The power of branding has been shown to be resistant to change.  Researchers ran a study where participants were shown hundreds of images. Several of these paired fictitious brands that they had created for the study to either positive or negative statements. At the end of the trial participants were shown to have a strong preference for the brands linked with positive statements but were unable to articulate why.  In a follow up trial these preferences were challenged by linking the products with factual information that contradicted their initial associations, participants however stayed true to their original preferences – despite having no idea why they had them!

Done well, brands can align themselves with positive news events and develop these associations for themselves.  This Play Doh take on the Royal Baby news is well thought out and rather cute – a great way to link the brand with an international feel-good event. Ensuring your brand message is relevant to the event is key here, as too is quality execution of the idea.  Done badly news-jacking can suck…big time. You stay classy Charmin.

Make an enemy, build a tribe

A 2006 study by Tajfel et al provided some fascinating and rather scary insights into human behaviour. The study separated participants into groups based on purely arbitrary factors, so that there would not be any shared characteristics binding the groups together.  When the groups were asked to distribute rewards however they gave generously within their own group and withheld rewards from the other group. Subsequent studies have repeated these findings, showing that individuals quickly develop loyalty and emotional investments with a group and just as quickly can discriminate towards a different group.

The theory of social identity was built on these findings. It states that people have an inherent tendency to categorise themselves into groups, to develop affiliations to these groups and to build boundaries to keep other groups separate.

Many big brands have taken advantage of this tactic; Coke vs Pepsi is an obvious example. How about deciding whether you’re a Mac or a PC?  This debate always causes a few ruffled feathers (especially in the Boom office!!!).  Note the question isn’t ‘Do you use a Mac or a PC’ but ‘Are you a Mac or PC’. Apple adverts rarely talk about a products specifications and features, but instead sell the image or persona of being an Apple customer. The lines are drawn and customers are encouraged to pick a side, an activity Tajfel has shown us we’re happy to do.

The enemy doesn’t have to be a competitor though, it can just as easily also be a concept.  Etsy for example have built a highly successful brand on the back of making faceless corporations and big business the enemy.

This concept of making an enemy and uniting your customers leads nicely into Seth Godin’s work on tribes. He foresees the future of brands as tribes of like-minded individuals led by passionate leaders. By giving your customers a concept to rally around, a cause to fight for or against you can build a tribe, an interconnected movement that is stronger than the sum of its parts.

Kate Newlin in her book ‘Passion Brands’, discusses the importance of hiring passionistas, people actually passionate about what they sell.

This technique certainly seems to be gathering pace. Thanks to user generated content and social media, you can hire passionistas from your customer base.  Dr Martens recent resurgence in popularity has seem them hire product testers from their fans on Facebook to try out and review their new ranges.

Brands are far more than a name and a logo, but instead are incredibly powerful and valuable assets for businesses and their enduring power should not be underestimated. Building a brand isn’t an easy task and there is no step by step process to follow.  I think this quote from entrepreneur David Siteman Garland sums it up best:

“Money follows passion – not the other way around”