Overcoming the Psychological Pain of Purchasing with Neuromarketing

In 2007 a team of psychologists from top US universities MIT, Carnegie Mellon and Stanford used fMRI technology to study the brain activity of participants deciding whether or not to purchase items. This breakthrough research found that the insula region of the brain, which is responsible for pain processing, was activated when participants saw prices that were unfairly high. In comparison the medial prefrontal cortex region, responsible for decision making, was activated when reduced prices were shown. Viewing the activation of these brain centres was almost as accurate in predicting whether or not a participant will buy an item as the participants actually stating whether or not they intended to make a purchase. 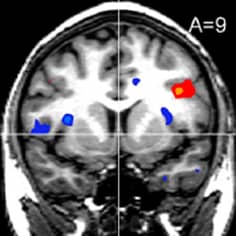 Participants in the study were shown to literally ‘spend till it hurts’, splashing the cash until the insula activation became too high. As marketers it’s our challenge to overcome this pain of purchasing in order to increase sales and there’s plenty of neuropsychology research to help us.

If purchasing causes pain then it stands to reason to try and avoid having unnecessary purchase points. Bundling items together gets the pain over and done with in one fell swoop like ripping off a plaster. Car salesmen use this technique all the time with optional extras all bundled up into one package. Customers don’t then judge the relative merits of the seat warmers and parking sensors against their individual prices but instead see one set price which is much less painful to consider.

Try grouping relevant items together to increase sales. For example if you sell digital cameras why not set up a package with a memory card and a case, perhaps even a book on photography?

If you sell a consumable product could this be scaled into a month’s or year’s supply?

Where you must have purchase points then make every effort to streamline the process to make it as quick and painless as possible.

Following on from the idea of bundling, it’s important to ensure that the bundled price is as well framed as possible. Whilst you could bundle a years’ worth of a service into a one off fee of £500, you’d be much more successful at selling it if you portrayed it as just £42 a month or even £1.40 a day. That way the customer has the benefit of just paying once but the price seems all the more reasonable. It’s much easier to rationalise a purchase at these smaller bite sized prices, but much less painful to pay this one off fee.

All you can eat

George Loewenstein, one of the researchers in the fMRI study, found that customers will even pay more for pain avoidance. An all you can eat package not only prevents individual price points but also assures customers that the pain of paying is over. Whether it’s an unlimited card at a local cinema or an all-inclusive holiday, the cost is incurred is more than the sum total of the individual purchases but paying a one off fee is a pain worth enduring for the customer. Do you offer a service where you could switch to an all you can eat buying model?

Research has shown that for high value items, the pain of purchase can be reduced by delaying the payment. This finding even occurs with very affluent customers for whom money concerns are less pressing.  Offering a free trial or delayed payment option will ease the pain for high ticket price goods.

In his book Predictably Irrational, Dan Ariely looked at customers’ behaviour in response to different pricing options for a subscription to The Economist.

Ariely goes on to describe a decision process between two similar holiday packages both including breakfasts, one to Paris and one to Rome. A tough call! By including a third option of a trip to Rome without breakfast, the Rome plus breakfast trip is made more attractive and wins the fight.

FMRI research further backs up these findings by showing that the process of choosing between 2 equal items is actually made a more pleasurable experience by the inclusion of a third less attractive option.

Decoys can be also be used to better frame your prices. Roger Dooley in his book Brainfluence describes a Stanford University study where participants chose between cameras. One group had two cameras to choose from, one with more features and a higher price tag than the other. The second group had these two cameras to choose from and a third camera that was even more expensive and had even more features. In the first group the purchases were split roughly 50/50 between cameras 1 and 2. The addition of a third camera for the second group however led to a huge increase in the number of participants choosing camera 2.

In a real word example Dooley describes a US retailer who offered a bread maker at a premium price of $275. They later added an even more high-end bread maker to the range at a 50% premium. Whilst they barely sold any of this super high priced item, they sold twice as many of the $275 bread makers than when this model was sold alone. This higher price item framed the $275 model as a compromise, or middle of the road choice, rather than the most expensive option and thereby is a more reasonable purchase.

The technique is used to great success in the restaurant industry where premium bottles of wine and expensive lobster dishes make high priced but cheaper alternatives seem more attractive.

Customers generally have an idea of how much they expect an item to cost, these values are known as price anchors. Pricing an item at vastly above the customers price anchor makes it seem unfair and triggers the dreaded pain response.

There are some items that have a relatively fuzzy anchor price when they are new to the market, especially in the technology world. It’s therefore important to avoid setting low introductory prices as it places the consumers anchor at this reduced value.  Any subsequent price increases then seem painfully unreasonable. By launching a product at a higher price instead, you set the anchor at this premium price tag. You can then reduce the price to the one you wanted anyway and reap the rewards of customers feeling like they got a great deal!

Discounts can cause other problems too. Research has shown that the way we experience a product can be affected by the price associated with it. Researchers from Stanford and Caltech Universities found that participants brains actually experienced more pleasure when they thought the wine they were drinking cost $45 rather than $5, when in fact it was the same drink!

In my previous article on the psychology of persuasion I talked about Cialdini’s great book Influence. In it he discusses an example of a shop assistant who through mis-communication doubled the price of a low selling range of turquoise jewellery instead of discounting it. This actually caused the range to sell significantly better than before, as the high cost implied a quality and popularity of the product that hadn’t been present previously.

It’s a fine line to walk to price your product below the pain point without discounting it so far that the experience and perception of the product is diminished.

We all know that offering an item at £39.99 rather than £40 will lead to better sales but one of the reasonings behind it may surprise you. Janiszewski and Uy proposed the idea of a mental measuring stick against which we judge prices. Round numbers imply a lack of precision in the pricing which suggests it could be inaccurate or unfair. A £40 item may be judged as overpriced against a mental measuring stick cost of £38 or £39. By setting a more precise price of £39.99 our mental measuring stick sees smaller increments and compares the price to say £39.75 or £39.50.

Another study looking at house prices found that houses marked up at odd but precise prices like £494,500 sold for much closer to this asking figure than houses on the market at rounded figures like £500,000.

Researchers at Stanford looked into the concept of choice fatigue whereby individuals presented with too many choices will take an easy way out to escape the process.

In the real world Walmart found that after dropping two choices of peanut butter, sales in the category as a whole rose sharply. In e-commerce, choice fatigue can mean a customer leaving your website if they have too many items to choose from. Implementing a filtering system that allows customers to narrow down their search by price/colour/size etc can make the process easier and more pleasurable.

If you are a niche seller, for example a wine retailer with lots of similar choices, then help take the pain out of choosing by offering expert guidance. This can take the form of a best sellers section, product reviews or even live site chat.

By better understanding the processes customers go through when deciding to make a purchase, we can design our websites to make it as painless as possible!