Generation Z and How to Engage Them Online: As Told By a Gen Z 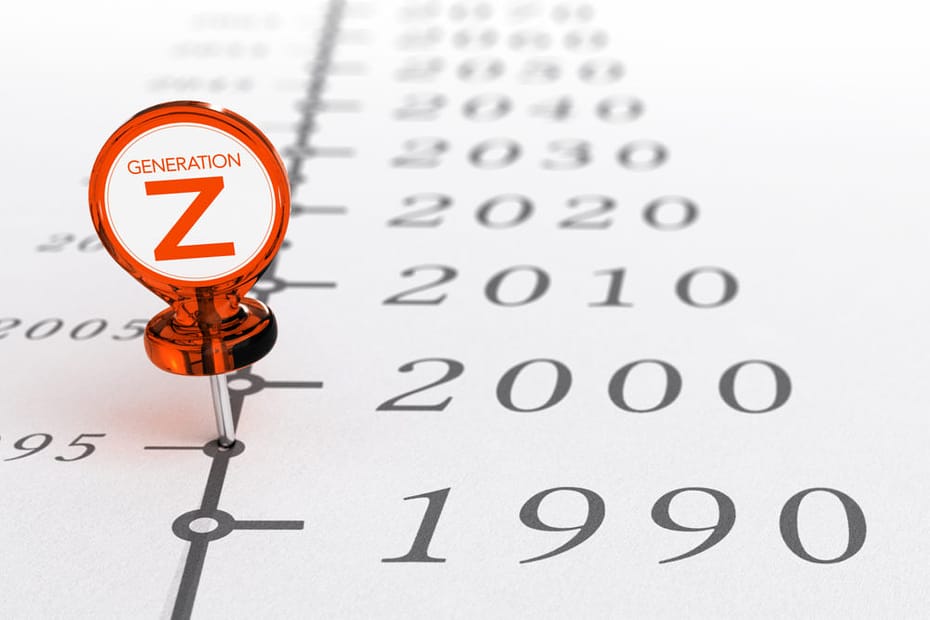 Generation Z is on the rise. It does sound more like a zombie invasion than anything and to be fair, we may scare the hell out of you. However, if Generation Z hasn’t been included in your marketing strategy, it might be a good time to start.

Generation Z are defined as being born in the mid-90s to the mid-2000s. Being born in 1996, I find myself technically as an elder of this generation and I’m here to tell you about how to engage us, and why you should.

Why Should You Market to Generation Z?

Generation Z are well on their way to becoming the largest generation of consumers by the year 2020, where they will account for 40% of consumers in Europe, the US and BRIC countries. Their direct spending power is already pegged at 200 billion dollars in the US.

Generation Z have a lot of influence in their households too. 93% of families report that household purchases are influenced by their children. So, if you haven’t been considering Generation Z regarding your marketing campaigns, you’re doing it wrong.

You may not want to agree, but Generation Z are much smarter than we’re given credit for. We also use the internet very differently compared to the millennials before us. So, if you think you can just talk about avocados and how things are so cray cray, then you’re barking up the wrong tree.

Generation Z are very socially conscious. With the power of the internet and smartphones in our hands all day, every day, we’re getting overloaded with information from a wide variety of sources. Social media has given us a tool with which to voice our opinion. It’s easier than ever to draw attention to something you feel passionate about.

Generation Z are passionate about issues such as:

Only two thirds of Generation Z identify as ‘exclusively heterosexual’. We report the most mental health issues of any generation. We’re pretty pissed about Brexit. We think we should give everyone a home before we explore space. We would like it if the planet didn’t implode before we get a chance to finally buy a house in our late 70s.

You might vehemently disagree with the above, but this isn’t about you, it’s about Z.

How Should You Change Tack to Engage Generation Z?

What should you do with this information? On social media, where Generation Z spend a lot of time, we come into contact with lots of brands. A lot of social media advertising is struggling to really engage our generation. So here are some tips on how to market to Generation Z.

This is a tricky one as navigating politics these days is like navigating a minefield blindfolded. The ‘cancel culture’ of the internet means that if you make a gaffe, you will invoke fury, wrath and hellfire. You can be very well-intentioned, but a small mistake can have big ramifications.

It can be high risk, but high reward. The best example of marketing to Generation Z that I can think of is Nike. Of course, they have near unlimited resources and can throw ridiculous amounts of money into their advertising campaigns, but they work, and they hit the tone just right.

Their ‘Just Do It’ campaign fronted by Colin Kaepernick was bang on the money and spoke to Generation Z better than any other advertising campaign I’ve seen. Plus, it was really meme-able.

You don’t have to go full Social Justice Warrior, but you can share a strong message without being preachy that people can get behind.

Do approach this method with caution, though. For example, it makes perfect sense for a company like LUSH to align themselves with the no animal testing cause and for Dove to have aligned themselves with body positivity. Their advertising campaigns reinforce their support for these social causes and it just makes sense.

On the flip side of this, consider Pepsi’s woefully bad advertising campaign in 2017 fronted by Kendall Jenner. Looking at the massive upturn in street demonstrations in the USA over things like white supremacy, racial injustice, the prison system, police brutality, widespread sexual harassment and so on and so forth, Pepsi decided to jump on the political fervour of the moment for their ad.

They got an idol of Generation Z, Kendall Jenner, and depicted her leaving her fashion shoot to join in the growing street demonstration outside, where she takes an ice cold can of Pepsi at this apparently catered protest and hands it to a police officer. The police officer duly takes the can and drinks it. Everyone celebrates. Kendall Jenner just saved the day with Pepsi.

This ad is a textbook example of being ‘tone-deaf’. There was huge backlash over it, they had to pull the ad, Kendall had to apologise, it was a laughing stock. But you can see how someone has pieced this together thinking that this young generation of protestors and activists would love it.

LUSH also received a fair amount of backlash when they launched a campaign to bring awareness to the conduct of undercover police in the UK. When they’re campaigning against animal testing, no one bats an eyelid. When they step into murkier waters, it hasn’t had the same effect. Regardless of whether you agree or not, should a cosmetics company be wading into a police conduct debate?

Sometimes, it’s better to remain politically ambiguous. Not everyone is going to respond well to this angle and it’s hard to do it right. Unless your brand lends itself naturally to a cause, it’s easy for a well-intentioned campaign to come across as virtue-signalling or just miss the mark overall and backfire.

Cut to the Chase

One thing that is lamentable about my generation is the size of our attention span. The advent of Vine and Snapchat are big factors in this. As some like to call it, we have become a generation that is big on ‘micro-interactions’.

To illustrate how short the attention span of Generation Z is, consider this. Vine, a social media platform that consisted of six-second videos often had people uploading videos with captions that read: ‘wait for it’. Infinite scrolling, super-fast loading speeds wherever you are, and the saturation of content means there’s no commitment to anything.

Communicate the benefit, advantage and value of your product or service quickly and efficiently.

A survey taken by Adobe revealed some of the biggest gripes with content that Generation Z have.

We are living in a mobile-first era. Google prioritise the mobile version of your website, most people are using their mobiles to consume content and that’s especially true of Generation Z. Make sure your content is mobile-friendly.

There’s less screen space to work with, so make sure you’re making the most out of what you’ve got. Think about filming things in portrait, captioning your videos, using responsive design and so on.

As much as Generation Z want to be informed when they’re on the internet, they also want to be entertained. This relates to the short attention span and the barrage of bad news we face every day.

When you consider the daily news cycle of the past three years at least, trying to keep informed can be pretty demoralising and tiring. It’s lead to the term ‘headline stress disorder’ being coined.

If you’re not going to attach your name to a cause, spread some light, laughter and positivity instead. As Generation Z are reporting more mental health illness than any other generation, it’s not just appreciated, it’s needed.

You may look at Generation Z with contempt. With our opioid-addicted Soundcloud rappers, fidget spinners, laundry detergent diets and our ambiguous sexualities. But some respect is always appreciated. Millennials have been accused of ruining anything they lay their hands on purely because they were born in a certain time frame. It’s soured the tone of online conversation quite a lot, if you hadn’t noticed.

Don’t do this. Generation Z are, by all accounts, pretty pissed off about a lot of stuff and in this dystopian future we’re living in, being treated like an individual and with respect is not much to ask for and will be very well received.

Like it or not, Generation Z are already a spending force to be reckoned with and will soon command a lot of your attention. If you haven’t been looking at how to engage Generation Z, then now is the time. Get in early and start to establish a base support with young people. When Generation Z become the largest group of consumers in a couple years’ time, you’ll already be in good stead.

Check out this 15-minute recording of Sarah Bradley’s talk on how to get student’s attention on social media from a couple of months ago for some more useful information.