How The Adult Entertainment Industry Shaped The Internet: A Brief History 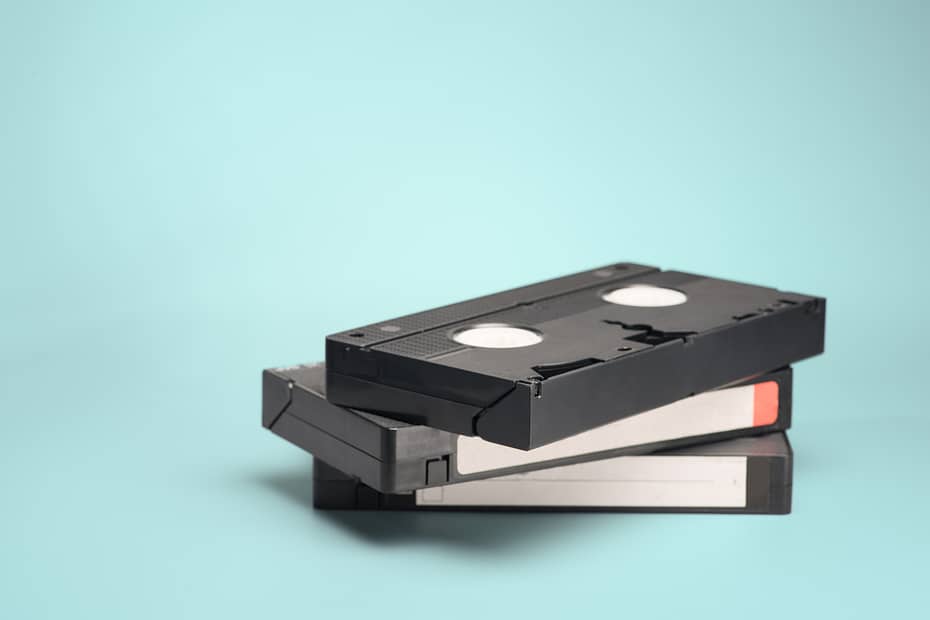 Do you remember VHS tapes? Or, increasingly, do you remember your parents remembering VHS tapes? I had a copy of, objectively, the greatest action adventure ever made: The Mummy Returns. I watched it so often that I actually wore the tape out. It would splutter through certain scenes, lose sound completely in others and sometimes the screen would just cut for 10 seconds.

What’s the point? I want a new copy of The Mummy Returns. Well, no, the point is: VHS tapes weren’t actually very good. Workers at Blockbuster had to spend hours a day just rewinding tapes back to the start of the movie. BetaMax, the rival technology, offered a superior resolution, 250 lines vs 240 lines, better sound and a more stable image. Plus, BetaMax recorders had a better build quality than VHS recorders.

So, why was VHS more popular than BetaMax? Well, one major reason is… The adult entertainment industry preferred VHS. Yhup.

Despite the better quality promised by BetaMax, VHS was cheaper to record on. A lot of adult entertainment studios work on the business model of sheer quantity. This means the additional costs of recording for BetaMax quickly adds up. VHS was easily accessible and cheap so it made more sense for adult entertainment to choose it.

They even went up against Sony by choosing VHS. In the 1980s, Sony had bet its money on BetaMax but adult film producers continued to push hard for VHS. This left movie studios with a few options.

So, if you don’t remember dial-up internet, it was entirely built to test your patience.

Websites loaded line by line. Nowadays, we get frustrated if a web page takes longer than about 3 seconds to load. Back in the day, you’d be high-fiving yourself if it loaded in less than five minutes. It was less browsing the web and more forgetting what web page you were even trying to load, that’s how long it was taking.

In the 90s, Penthouse had a kind of genius idea. They saw that the internet was quickly becoming a staple but adult entertainment was going to struggle to find its place as long as the average user had slow internet. It’s annoying enough when a YouTube video needs to buffer every 10 seconds let alone a … You know… That kind of video.

Adult entertainment pushed for high speed internet, and made it more accessible. This was revolutionary for the user experience as it meant web developers could become far more ambitious in the websites they built.

Without high speed internet, you wouldn’t be able to incorporate video, visual content or interactive elements into your marketing campaigns. Quick loading pages are also pretty important for your SEO because now people know what quick loading looks like, they expect it on the SFW pages as well!

After helping push high-speed internet, adult entertainment set itself on high-quality live streaming. Seeing as online video, like Youtube, accounted for 60% of global data flow in 2018 and video streaming, like Skype, accounted for 20%… It’s safe to say that video has become pretty important to the average internet user.

Go back to a Youtube Video from 2007 and you’ll see the highest quality video offered is 480px. Nowadays, most videos offer 1080px as standard. Many businesses find great success with video marketing – with everything from influencer product reviews to tutorials and showcases.

It’s rare as digital marketers that we’re not helping our clients sell something, whether it’s a physical product or a service. Adult entertainment had more reason than most industries to consider the eCommerce side of the internet. After all, no one’s embarrassed to go to the supermarket and buy some veg. No one’s blushing as they buy an airline ticket for a week abroad. But you know… People did get uncomfortable about going to you know.

Adult shops. Naughty ones. It took a lot of planning, and courage. Whereas if you followed an online ad, spur of the moment, and could pay online for adult content… It opened up a whole new audience that would never, ever admit they were part of this market.

Richard J. Gordon founded Electronics Card Systems in the 90s which introduced an online payment system. Some of the earliest adopters were adult companies who were looking for ways to distribute their content online. While adult entertainment didn’t invent this technology, it was the first to use it. Even companies like Amazon and eBay who are often cited as ‘pioneers’ of online shopping, were years behind adult entertainment.

So you can thank adult entertainment for the rise of eCommerce web development and the luxury of ordering doughnuts in your pyjamas at 3AM.

We’re on the cleaner side of things but that doesn’t mean we can’t think out of the box to help you create innovative creative content and design. We love everything digital and we’re always happy to have a chat, so give us a call to see how we can help you… whatever industry you’re in!