You may have heard the buzz that Google Shopping campaigns – the latest evolution of AdWords’ PLA offering – are now open to all. But did you know that that’s not the full story?

It’s not just that you can use them, you now have to use them when you create any new Product Listing Ads campaign.

In case you weren’t aware, AdWords Product Listing Ads will not be an option very soon, says support rep. pic.twitter.com/WeXCi3J8A7

And furthermore, your pre-existing PLA campaigns will migrate to the Shopping campaign format sometime soon.

Oh, and if you do use PLAs, apparently it’s a few weeks til they get migrated to Shopping campaigns. pic.twitter.com/rAPPAAUNXI

So, should you be worried about this? The simple answer is yes and no. Of course nothing’s ever going to be straight forward with a major change in AdWords, and while this one does bring some excellent features there are some downsides.

Why Should You Do A Happy Dance of Joy about Google Shopping Campaigns?

When PLAs came along, AdWords simply squashed this new ad format into their existing campaign structure – your basic square peg round hole situation. That meant users had to come up with complex ways to structure campaigns (most notably targeting just one ID per ad group) so they could clearly understand what was happening and how to best improve their accounts.

And while that has worked incredibly well for lots of people, it’s difficult for large ecommerce sites to manage, can be an inefficient use of time, and doesn’t play to the strengths of this new ad format which allows multiple ads per site.

So AdWords created Google Shopping campaigns, which allow users to understand which products are driving traffic and sales to their sites in a much clearer and easier to manage format. The new format brought with it some really cool features: 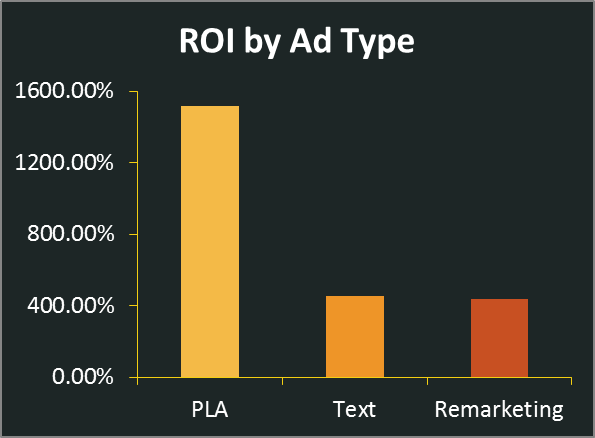 It all sounds great, doesn’t it? But obviously I said it wasn’t all good news…

Why Should You Be Less Impressed by Google Shopping Campaigns?

So many of those features I’ve mentioned are brilliant, aren’t they? So where’s the bad?

You need to either look in the Dimensions tab for campaign-wide search terms or use the Matched Search Queries report in Analytics to isolate search queries by product. This means you don’t have the ease of finding something that isn’t working and excluding it from your campaign at the touch of a button. While the other methods get you what you need eventually, they’re less simple, less elegant and frankly are just annoying compared to what we’re used to.

Now, to be fair to AdWords, my other big complaint was that negatives could only be added at campaign level, but as of last week this has all changed. And Impression Share data only rolled out in January.

So it’s clear that Google can see that there’s work to be done on their new campaign type – and they’re actually doing it – so we’ll get there eventually. The question is, will they force us all to make the change before they’ve made Google Shopping campaigns as useful as possible?